This archaeological site is the most extensive on Cancun island. The archaeological remains date the zone to the late Post Classic period (1200-1500 a.d.) and corresponds architecturally to East Coast style, a contemporary of Tulum, Xel-ha, Tancah and San Gervasio.  This prehispanic settlement is comprised of 47 structures distributed length-wise along the island. It measures 520 mts. from north to south and 70 mts. from east to west. 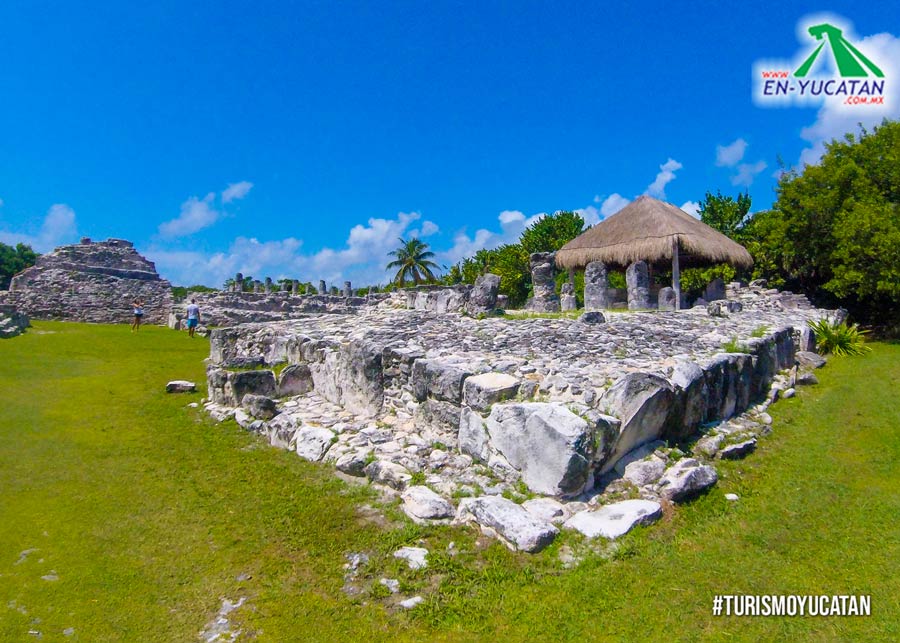 The principal cluster or civic ceremonial center is formed by two plazas. Two roadways which run south, and economic activity was based primarily on fishing, likewise numerous imported articles were found such as a basalt grinding stones, flint, knives and arrow heads, obsidian stones and blades, jade and quartz beads and pendants.

These imported materials show how advanced the Mayas were in having developed a commercial trade based upon sea routes along the Caribbean coast, which were disrupted with the arrival of the Spaniards and their eventual conquest of the regions. 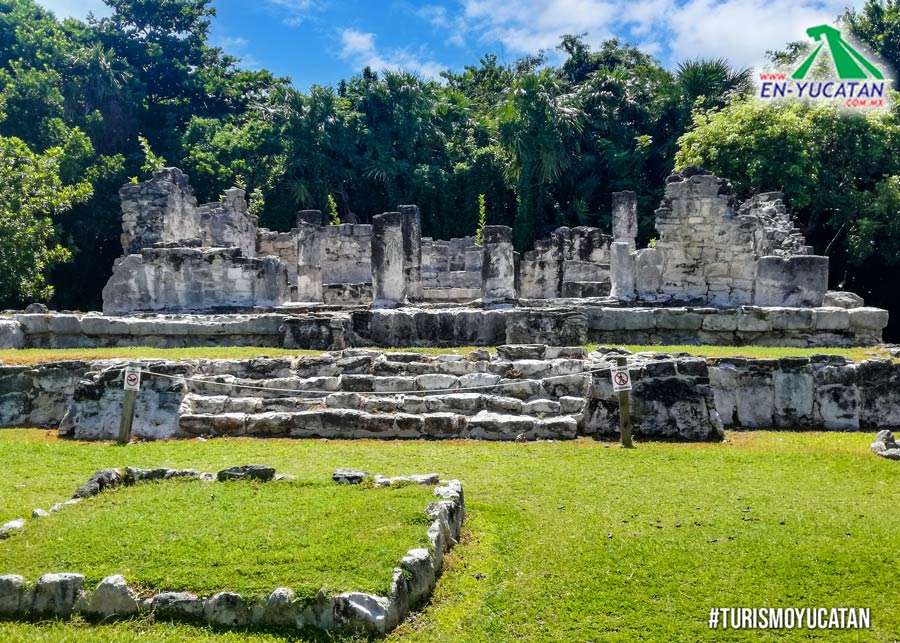 This type of construction are along the southern causeway. They have the traditional elements of a Maya Late Postclassic palace: benches, flat roof galleries with a private room and a more opened space for daily activities.
These buildings were used as residences and in their inner shrines they were placed ceramic incense burners with images of the Maya gods. 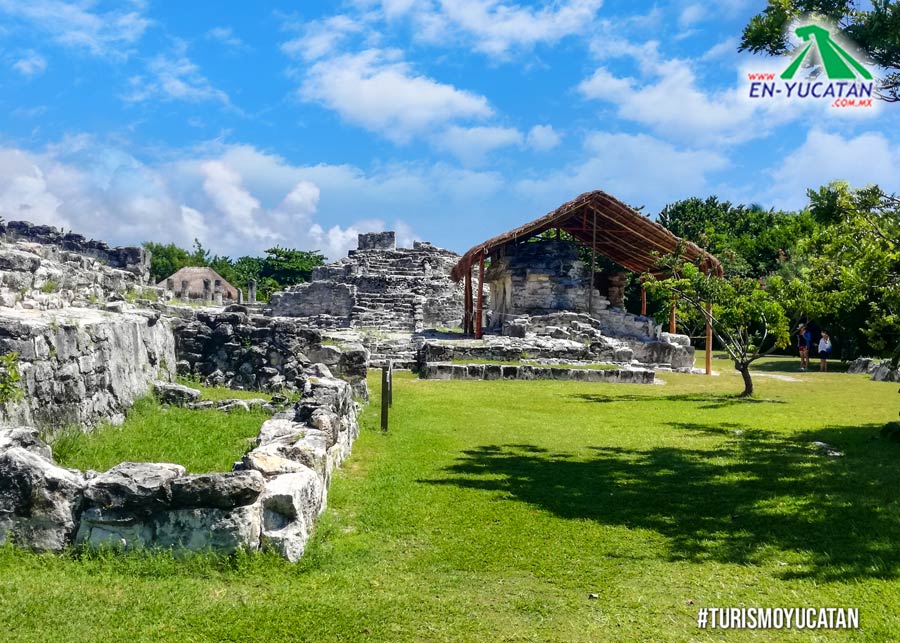 Two stepped bodies from this platform which accesses the upper part by means of two stair-way one facing west and the other north. This construction was used by the ruling class for administrative and / or residencial purposes. It had a flat roof supported by 18 columns and benches were embedded into the back and sides of the interior walls, and an altar placed in the center. 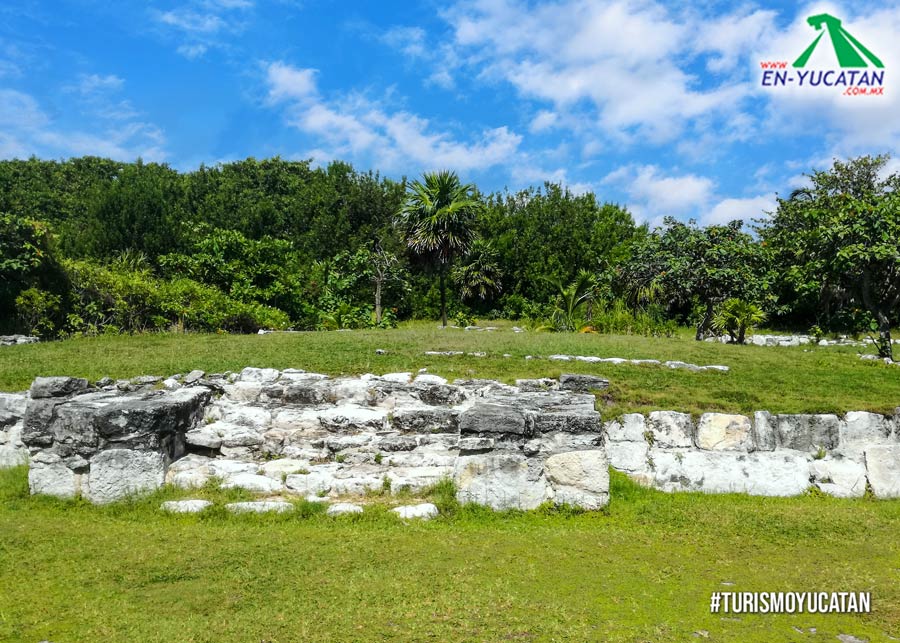 The inhabitants of this settlement constructed low-rise platforms. The access to these structures face the north and south roadways, which one reaches by way of a balustrade stairway. Upon these platforms the Mayas built their houses with perishable materials (thatched root and stone walls). They buried their dead inside the foundations, with their bodies generally in a sitting position and simple funerary goods.