The archaeological site of San Miguelito was named after a coconut ranch that stood it its location in the 1950s when Cancun a small fishing village. The original name is unknown; however, it is a known that it a major Maya settlement during the Late Postclassical Period of Mayan Prehispanic History (1250-1550 AD)

Along with the site of El Rey (The King), San Miguelito was part of a large complex of temples, shrines, palaces and houses made from wood and palm leaves arranged along a road that ran parallel to the dune lune that runs along the coast.

These dunes, now occupied by hotel buildings, protect the inhabitants of the community of San Miguelito from hurricanes and erosion as well as providing them with highly valuable plants and animals for their subsistence. 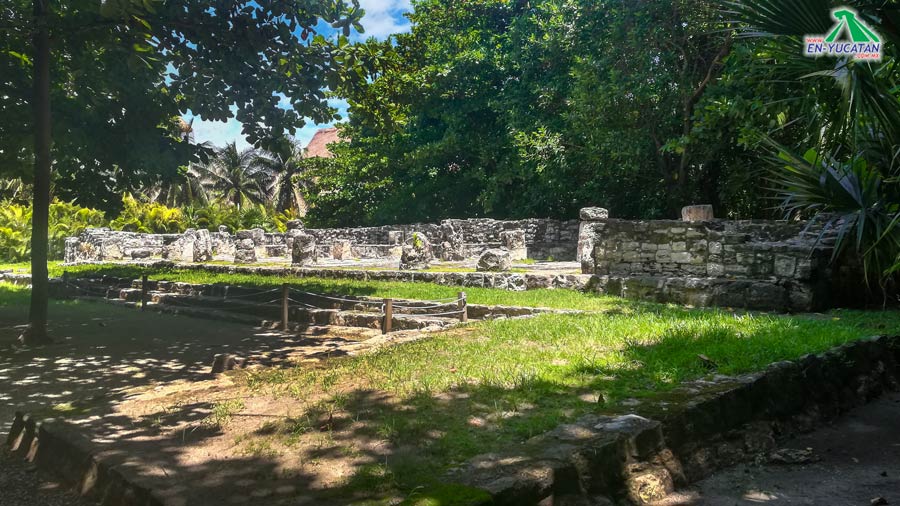 Un the fifteenth century San Miguelito was part of a province (or kuchk-abal) known to historians as Ekab ("black earth" in Mayan) which was a territory ruled bu several lineages, each of which had control of a smaller territory called a batabil whose lands had changing borders according to the alliances and confrontations of each place. Therefore, it is quite possible that the island of Cancun once had its own independent batab. 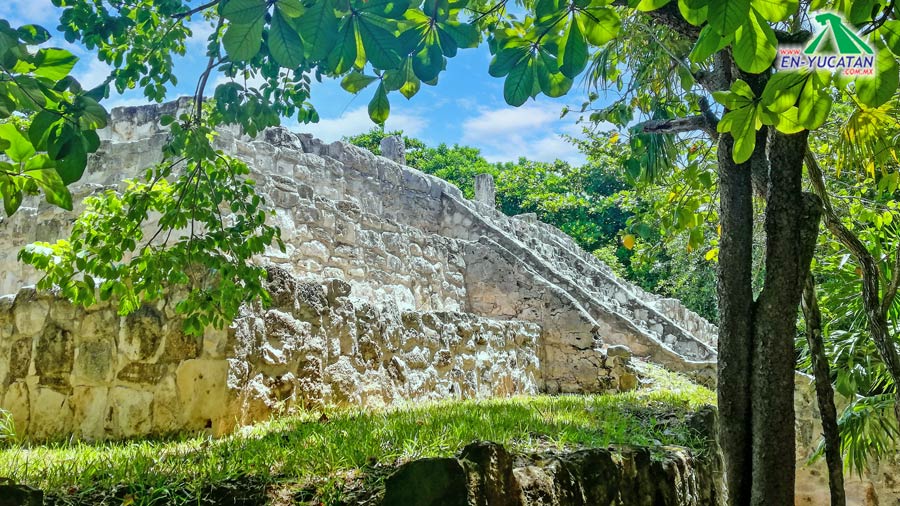 This is the tallest building on the site consisting of a plinth that was remodeled of least three times during its Prehispanic era on which the remain of a temple are preserved. In its time the temple would have been decorated with cornice and painted predominantly red and blue.

The plinth has a staircase with balustrades which were very typical of the Postclassical period and faces a complex of a structures which, from the orientation of the pyramid, appear to have been part of the site of El Rey (The King); possibly because low level houses were not registered during the design and construction phase of the hotel zone during the seventies.