This gate dates from 1732; it is located between the bastion of San Juan and San Francisco, is one of the symbols of the walled city.

It retains most of its original features such as gunships, gunpowder storage or bunker; embrasures, machicolations and ravelins with a moat three meters wide by three in depht.

Out of its original 2,720 meters length, only a span of 400 meters of wall is still standing. This part of the wall retains the parapet walk wich connects the bastion and the gates. Thanks to its solidity, it has a resisted the ravages suffered in the 19th century, such as the confrontations of the people of Campeche against General Santa Anna´s Army in 1842.

On the inside visitors can admire objects that tell part of the story of the city, such as a bronze cannon and a map of the wallled enclosure dated in 1705, among other items

We recommend you go up to the canvas of the wall, the stairs are on one side, you have to ask the guard who is sitting next to the canyon to open the door, from there you will have an impressive view of the famous 59th street and the old town, on the other side you can see the market and modern city of "Campeche".

The best time to do the tour would be in the morning or at sunset, avoid mid-day to avoid suffering the ravages of the heat. 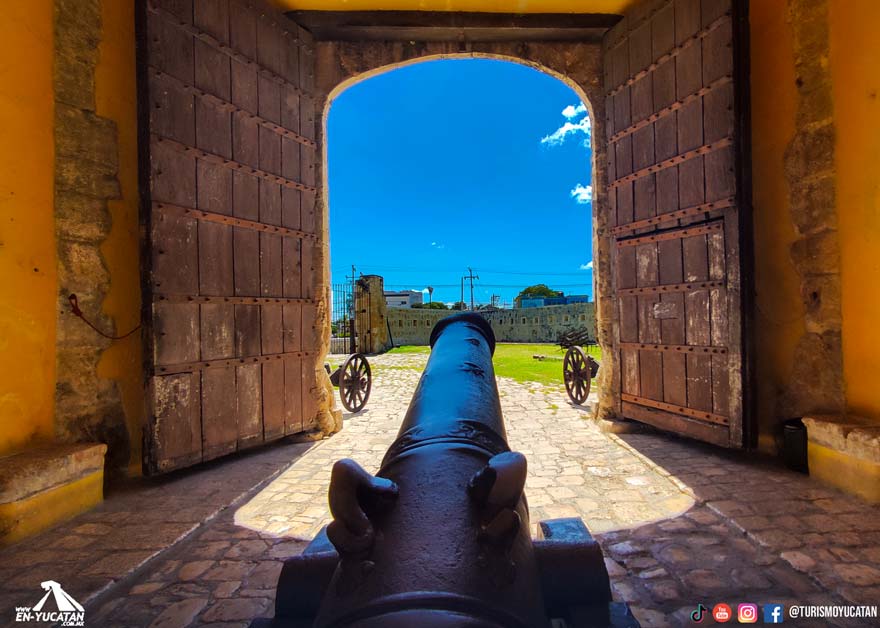 Don't miss the light and sound show that is presented in La Puerta de Tierra called "El Lugar del sol" that takes the viewer to the colonial era in which the people of Campeche fought fiercely against pirates.